Information is power and that power is precisely why the first instant telecommunications cables were laid across the transatlantic in the mid-1800s. From there, these cables developed into telephone traffic and later a data communication movement. Modern submarine communication cables use this optical fiber technology to carry large quantities of digital data, including Internet, private, and telephone data information.

All of this data traffic flowing between countries and continents intersect the United States with Europe and South America, interconnecting each other so valuable forms of communication can go back and forth. At the heart of this monstrous data exchange is the New Jersey Fiber Exchange (NJFX) in Wall Township, New Jersey, where the company is carrier-neutral and offers a Tier 3 data center, co-location services and a meet-me room from a 58-acre site adjacent to the Tata Communications’ subsea cable landing station. 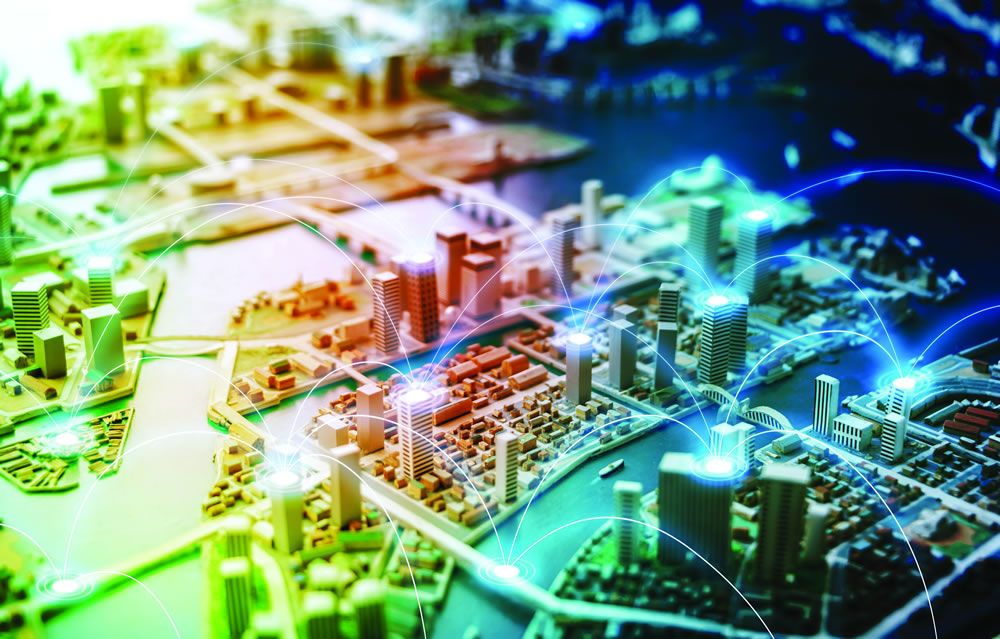 NJFX was established in 2015, making this location an intersection point so the state could gain access to the cables crossing the vast oceans. These subsea systems are the main arteries for global communication and are vital to the growth of New Jersey and surrounding area.

One of the cables connecting to the cable landing station is the Seabras-1 undersea cable, which interconnects Brazil and North America, with the landing point being in Sao Paulo. Tata’s TGN Atlantic subsea cable links to Highbridge, Somerset, United Kingdom. NJFX manages these network connections between TATA Communication’s CLS and its own customers.

In January 2016, data and voice network provider Windstream began extending its 100 Gigabit Ethernet (100G) network from Ashburn, Virginia’s Internet hub to NJFX. In September, the new data center came online. A year later, in March 2017, another new data center was brought to the campus. There is a future cable that will be going to Long Island over the water that will be intersecting seven cables that currently exist there. In 2019, another transatlantic cable is being planned to go to Europe that NJFX hopes to attain. All of this growth is vital to NJFX’s continued success, as it provides transmissions back to the state.

“We’re lucky to have these companies making choices of continuing to deploy cables here,” NJFX’s President Gil Santaliz said. “We’re also fortunate that New Jersey still continues to lead in terms of this infrastructure. What we now need to do is understand how we can embrace the benefit of NJFX being here. We no longer can be isolated; we need to interact with the rest of the world.”

One very unique aspect of NJFX and another reason for its popularity is that the data campus is carrier-neutral, which means they don’t sell services that carriers would sell. They provide the real estate and the power and cooling, allowing the different carriers to operate independent of each other. They are one of the only exchanges in the United States that is a neutral landing location and has subsea cables.

“It means they all work together but are independent at the same time,” said Santaliz. “This is a very important nuance because the NJFX facility wouldn’t work if we had a vested interest in one carrier over another.”

Another benefit of being carrier-neutral is it encourages carriers to perform at their peak performance. They all compete on an even playing field, which then lets their network architecture dictate the best way to get things done.

“Being carrier-neutral is one of the best decisions we made when developing NJFX,” Santaliz said. “This decision also benefits NJFX’s future, because we don’t think this is the last cable announcement which then places New Jersey in a really strong position. This is a lot of capacity but because we’re carrier-neutral, another carrier could come here and feel comfortable using the existing infrastructure because they’re not going to compete with their landlord.”

One of NJFX’s first partners was Edge. Edge finds value in the cable landing station because it allows them to share their data traffic with others in the state but also the world, which is an important benefit to universities and schools. They also gain access to data that the average carrier in the United States wouldn’t receive, specifically creating a university network for research and knowledge.

“Edge strategically picked NJFX as a home for their global ecosystem to allow them to support their New Jersey infrastructure, which ironically is in a centralized location in the state. This distinction makes it much easier to reach the southern part of New Jersey or to reach out to Stockholm or Frankfurt,” Santaliz said. “It becomes a gateway for communication and research and collaboration whether it’s telemedicine or some sort of special learning program. Edge sits at a gateway for global connectivity.”

“Edge looks out for the interests of the colleges and universities as a whole and Sam’s visionary approach is a benefit for the company and for the state of New Jersey,” he said. “We’re fortunate to have this organization leading.”

NJFX’s subsea cables also have a significant impact for other industries and companies, whether it’s higher education or the business world. For instance, Switzerland has a large amount of compute power they are using as they research how the universe is formed. The transmission of this data comes across to the United States via a subsea cable, allowing research firms and universities from here to collaborate with facilities there, including some of Edge’s partners.

Another form of collaboration using large portions of data transfer is the financial markets, as countries need to understand what is happening in other places so they can makes decisions in their specific location. This cross-pollinization of information is especially true with investment decisions or even monitoring employment reports for Brazil. Other people might want to know the breaking news in Europe or the events that are occurring in China.

“No one place can make a decision any longer in a vacuum, as our financial markets are intertwined,” Santaliz said. “The subsea cables allow this communication to be expedient, which means this market cares a lot about these subsea networks.”

Content companies are also realizing the power behind these cable lines, especially in the past 10 years. Part of the reason for the increase in importance is how the human population quickly creates content. Everyone has a phone in their pocket and can instantly broadcast information in milliseconds. This is now called multicasting in the billions and why companies such as Facebook, Google, and Amazon have figured out they have to connect to the population for their individual success. Subsea systems aid this process as they are the main arteries for global communication.

Due to the importance of NJFX to different entities, they are looking for ways for continued growth. Currently, they are developing an additional 48 acres in Wall, New Jersey, so others can share in this infrastructure and collaborate with other countries and communication research groups. In the next 24 months, NJFX has calculated that there will be 400,000 square feet available for development or new white space.

“We’ve been working with the state of New Jersey and Wall Township for the last year-and-a-half in how to properly do this,” Santaliz said. “We are hoping the state will provide some tax incentives so continued investment at Wall can take place, especially with its unique location in the U.S. We are hoping to attract some of the large internet companies to make a home in Wall, New Jersey and be a part of our global infrastructure.”

For more information on NJFX and how to gain access to the world’s data, you can visit www.njfx.net.